I've been cloth diapering for over a year now, and my first set of cloth wipes are looking pretty shabby. In particular, the serged edges are fraying, especially on the corners. I was so excited about the serged edges originally, but now I think french seams are the way to go for cloth wipes.

I've also found that my original terry cloth layer (just old towels) makes my current cloth wipes unnecessarily bulky. I thought I would need a lot of texture to clean up those really messy newborn poops, but the flannel layer really is more than adequate for the job.

Needless to say, I'm replacing my old wipes with new ones. In order to make these new and improved cloth wipes, the beginning is the same: cut out your fabric. I decided to use two layers of flannel this time, cut eight inches by eight inches. 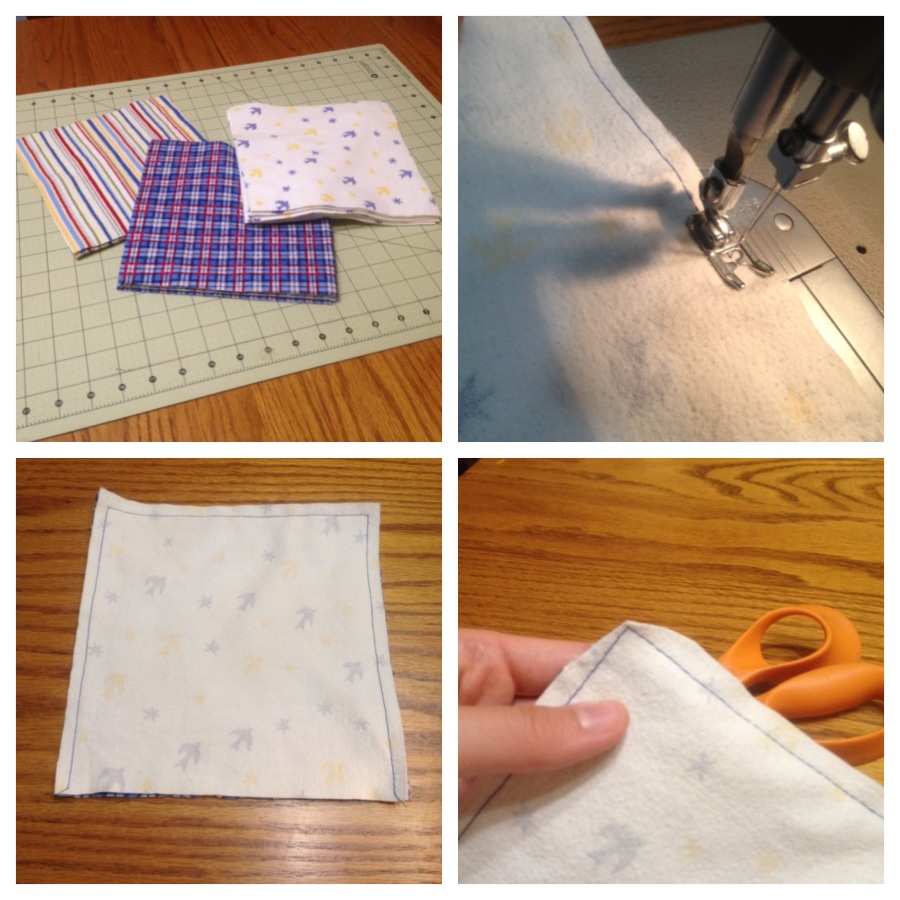 With two squares of flannel facing each other, I sewed a single seam around three edges of the square. Next, I trimmed the two corners at the bottom of the "pocket" I created. *Important note: DON'T do any back-stitching at the beginning or end of your seam; you need these threads to be nice and loose later!* 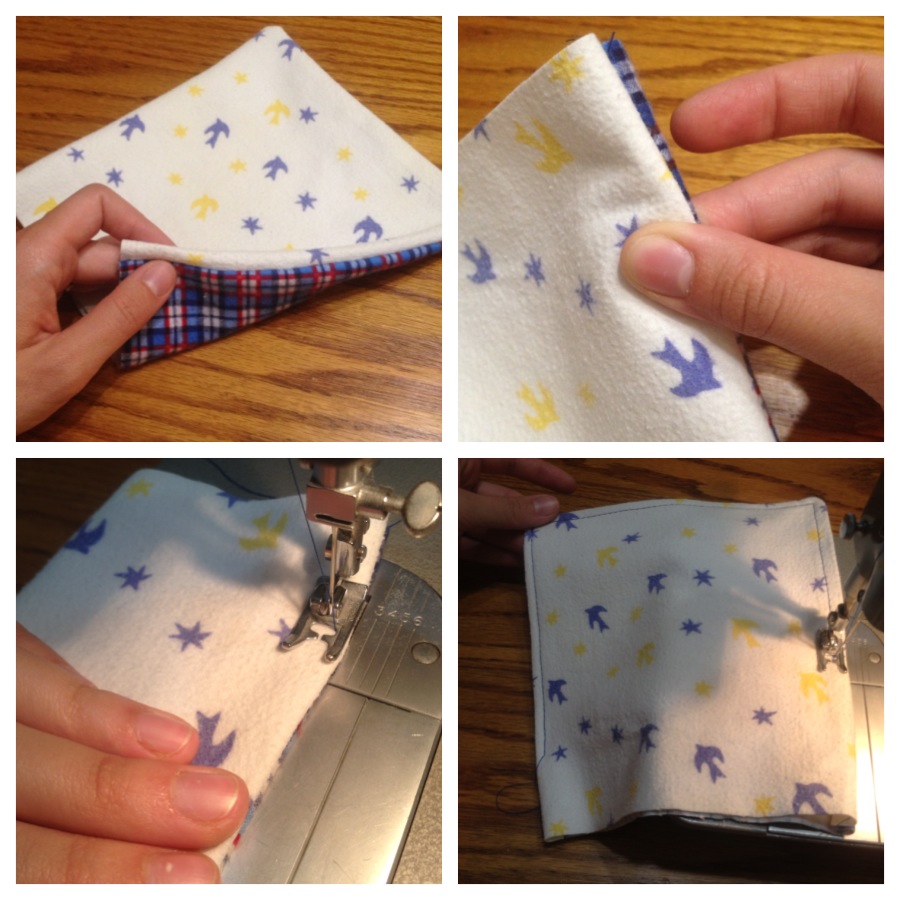 Then, I turned the "pocket" inside-out, revealing the "right" sides of the fabric. Now I began the second step of the french seam. After carefully rolling out the outermost edge of the seam with my fingers, I placed my fabric under the sewing machine needle. Notice that I started my second seam about 1.5 inches away from the opening of my "pocket." 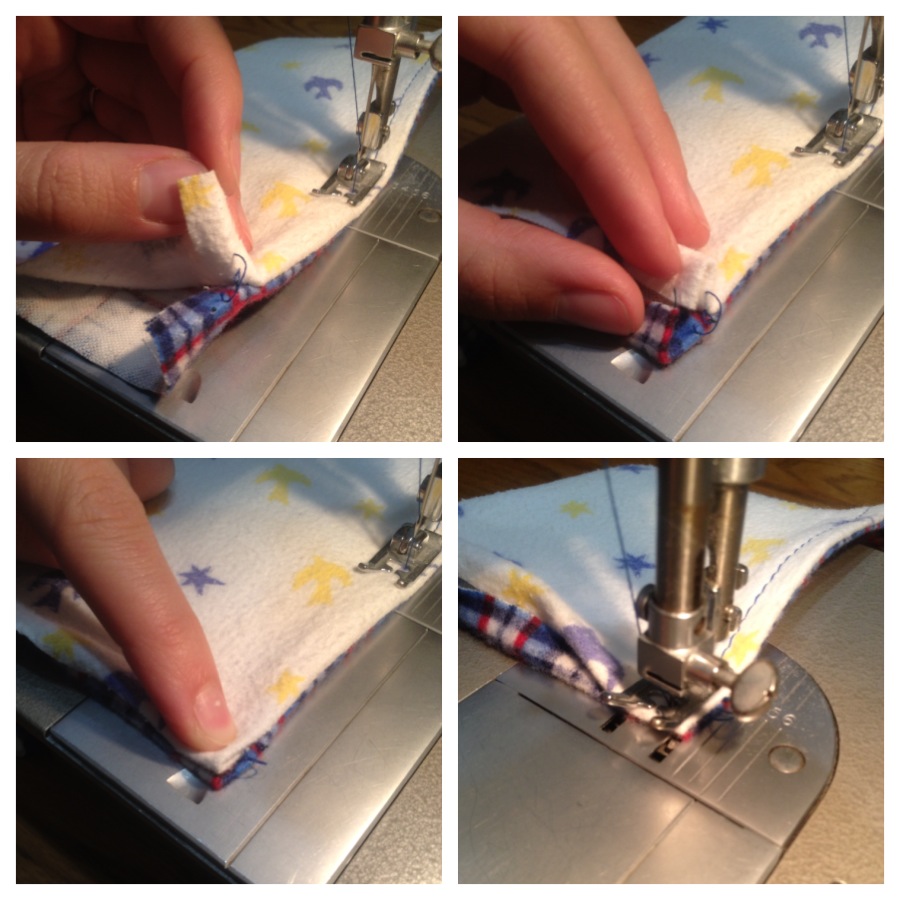 Before I reached the end of my third edge, I stopped the machine and sunk the needle into the fabric to hold my place. Next, I carefully pulled apart the end threads. I folded the flannel fabrics in on themselves, and then flattened them against each other. Going SLOWLY, I continued my seam until I had a few stitches through all four layers of folded flannel. 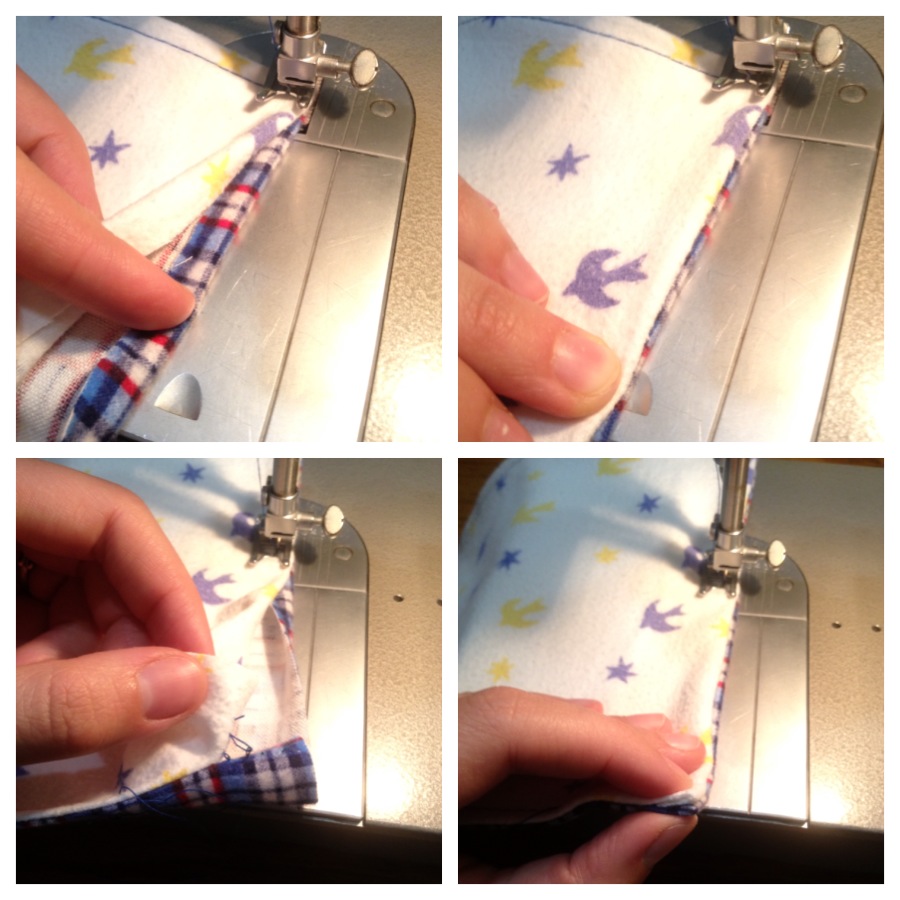 Leaving my needle in the fabric again, I lifted the pressure foot, and turned the fabric so that I was ready for my final seam. It was time to close the "pocket." I continued to fold in the edges of the flannel and sew through all four layers until I was close to the other end. Then, I repeated the folding and flattening, just as I had done for the other corner. 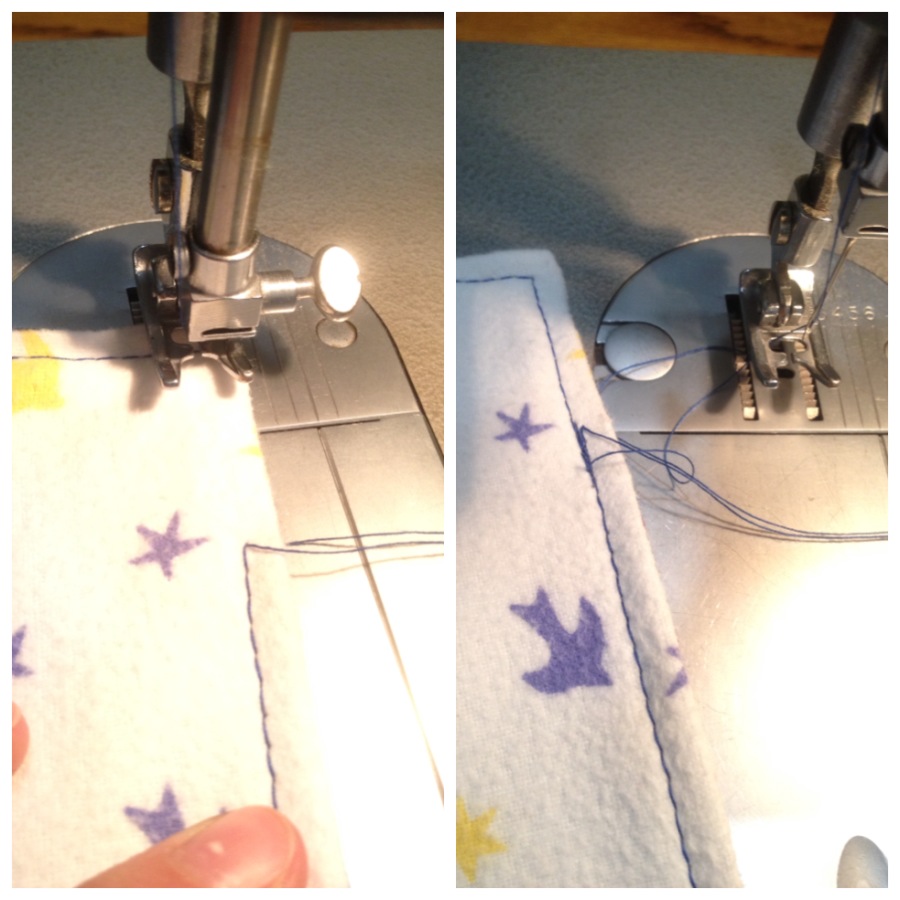 After turning the fabric one more time, I finally reached my starting point. I finished by back-stitching and forward-stitching several times. 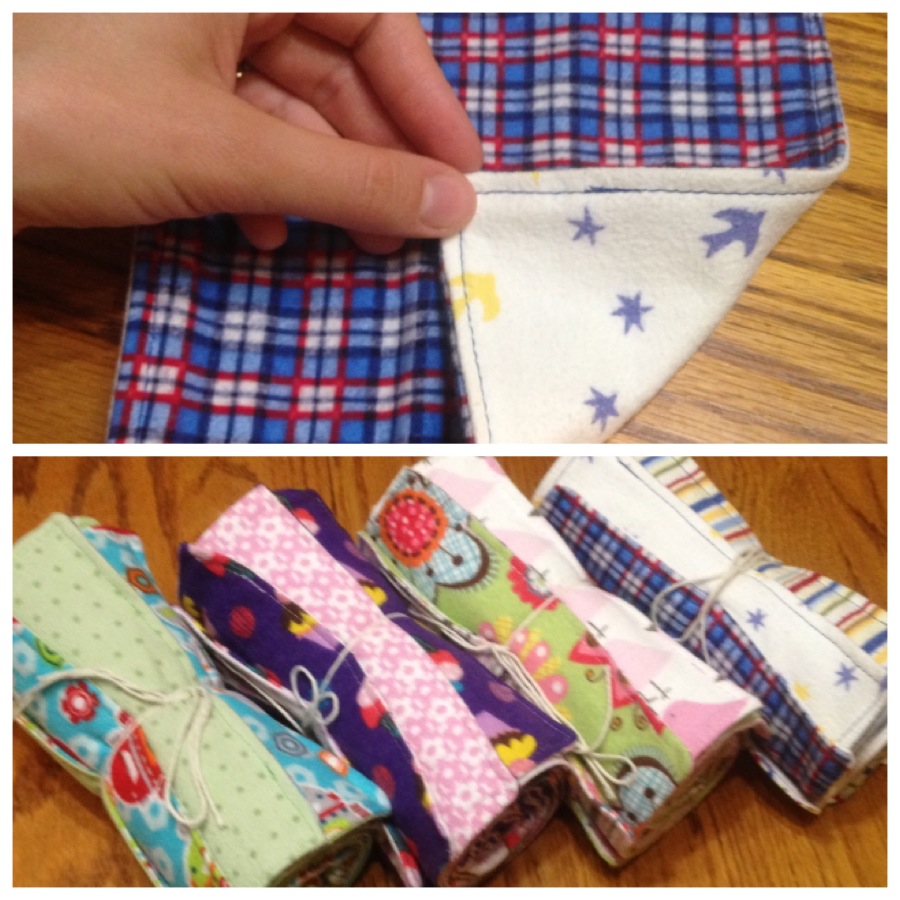 These wipes are so much more durable than my serged ones!  I love playing around with the color and pattern combinations of all my flannel fabrics. They would also make great reusable napkins for home or lunchboxes. I think I might make some for my little kitchen messes. They are so cute and functional, I just can't stop making them...what, did somebody say upcoming Etsy shop?